How Flood Insurance Will Change

How Flood Insurance Will Change
The United States’ National Flood Insurance Program (NFIP) is in trouble. To understand why, it might be helpful to start with some stats reported by the nonpartisan Congressional Research Program on April 1, 2019:
– As of October 2018, the NFIP had more than 5.1 million flood insurance policies providing more than $1.3 trillion in coverage.
– The program collects about $3.6 billion in annual premiums.

This is a very large program. And though it also has a very large budget, the NFIP has been struggling for years to keep up with demand.

Hurricane Katrina in 2005 was the first harbinger of real trouble for the NFIP, which had to borrow money from the U.S. Treasury to pay out claims. Things have only gotten worse since then as weather events like Hurricane Sandy in 2012 and the devastating 2017 hurricane season (Harvey, Irma and Maria) maxed out the amount that the NFIP is allowed to borrow from the U.S. Treasury—$30.4 billion. And now there’s widespread flooding in the Midwest that will likely get worse before summer finally arrives.

Why is this flooding happening, and why does it seem to be getting worse? There are multiple reasons: outdated flood maps, an aging levee system, inconsistent coordination among municipalities about how to handle levee repair and a lack of realistic predictions about inland flooding. (Coastal flooding is better understood.) And then there’s climate change. Storms are stronger, wetter and windier. Damage is more severe.

There is also evidence that the Federal Emergency Management Agency (FEMA) is working with inaccurate predictions. A 2018 study released by the journal Environmental Research Letters found that there were three times as many people living within 100-year-flood zones as FEMA had calculated. If all of those people paid for flood insurance through the NFIP, it would provide a huge funding boost for the program.

As it stands now, though, the NFIP is underwater. Among other stopgap measures, the NFIP has resorted to paying for reinsurance from private companies and capital markets. And unless Congress acts quickly, the following will happen after May 31, 2019:
– The NFIP will no longer be able to offer any new flood insurance contracts, meaning no new homeowners would be able to buy flood insurance through the program.
– The NFIP will only be allowed to borrow up to $1 billion from the U.S. Treasury (instead of the current authorization limit of $30.4 billion). If there is a major weather event, claims processing could be delayed indefinitely.

What’s going to happen next? Stay tuned. The NFIP is clearly due for some attention and probably a serious overhaul of how it assesses flood risks.

If you have clients with homes or businesses in low-lying or coastal areas, you’ll want to keep yourself up to date so you can help your customers stay informed about their options. This may be a good time to set up a Google alert for “NFIP” so that you can get the latest news as it is released.

Hometown Quotes created this website—Hometown University—to provide resources and information to the insurance agents who purchase our insurance leads, generated in real time from consumers who are actively shopping for insurance. To learn more, call us at 800-820-2981.

Stay up-to-date on the latest tips, tricks and advice when you sign up for our monthly newsletter. Expert advice to help you elevate your communication, marketing, planning, and closing skills delivered straight to your inbox.

Bridget Chamberlin works in marketing at Hometown Quotes and is posting author and editor for Hometown University.

By clicking the "Get Started" button, I agree to receive calls and texts from Hometown Quotes regarding information and pricing at the number provided. Standard carrier messaging charges apply. You may opt-out at any time by replying STOP. Message frequency depends on user interaction. Calls may be auto-dialed or prerecorded, and consent is not a condition of purchase. See our Privacy Policy.

I like to be the best at everything I do. I am 1 of 9 so we grew up with a lot of healthy competition between academics, athletics, and our parent’s time. When I come Read more… 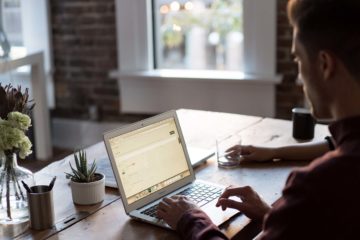 Why your agency should consider flexible working scenarios

Reasons to Consider Making Flex Work Permanent One of the silver linings of 2020 is finding out that there are more ways to be flexible about work than we might have previously imagined. Whether it’s Read more… 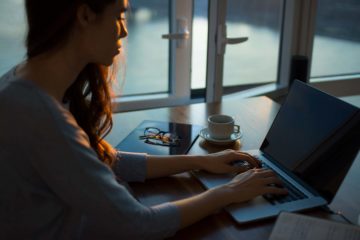 Sell Insurance From Home with Leads From Hometown Quotes

COVID-19, a.k.a. the coronavirus, is wreaking havoc on just about every type of entity that exists. The human toll for those who become ill and their loved ones is most tragic, of course. And there’s Read more…