Your refrigerator can automatically add items to your grocery list. Your smartwatch can check to make sure you’re okay if it senses you’ve fallen down. Your dog’s collar can show you where she’s wandered to if she escapes your backyard. The Internet of Things has officially arrived.

First named as a concept around the turn of the 21st century, the Internet of Things (IoT) refers to the “smartening” of the devices, appliances, gizmos and other consumer goods that are all around us. The IoT runs on machine-to-machine communications via the web, where information is exchanged, stored, analyzed—and sometimes acted on immediately, like when a vehicle is in a rollover and the onboard computer automatically calls 911 and reports the location of the accident.

The IoT runs on connectivity—to other devices, computers and lots and lots of data. Using telematics, information that was once untracked and/or private is now being aggregated and parsed in all kinds of different ways. (You can learn more about telematics in this post.)

All of this connectivity is affecting many aspects of our lives, including the insurance industry. Here are three of the ways you may see the impact as an insurance agent:

Instead of making assumptions about how a person is likely to behave based on their age, gender and where they live, the IoT makes it possible to gather actual data about individuals and their habits. Where we go, how often we work out and for how long, what we eat and drink, what products we have in our homes…a lot of this information is up for grabs because of the devices we use and how they track us.

All of this data is already starting to affect premium pricing as well as what insurance products consumers are offered. For example, some insurers are experimenting with on-demand insurance for vehicle owners who don’t do much driving, moving from 24/7 coverage to a usage-based model.

Claims are being affected in several ways. In some cases, the IoT can help prevent claims by stopping insurance events before they happen. For instance, a smart sensor on a home’s water system can tell when pipes have frozen and trigger a kill switch to prevent water from gushing into the home after the thaw.

On the other hand, the things that make up the Internet of Things can be fairly pricey (smart appliances, home-monitoring systems, etc.). So claims amounts are sometimes higher than they would have been in the past for both auto and homeowners claims.

The IoT also makes it easier for consumers to file claims. What used to take several phones calls and a visit from an appraiser may now be handled in one day with an online claim form and a few uploaded photos.

More data can also help insurers get to the bottom of murky situations such as who was at fault during an accident. It’s hard for a driver to claim they did nothing wrong when the device tracking their vehicle shows excessive speed before they suddenly slammed on the brakes. And a home arsonist will have some explaining to do if their neighbor’s smart doorbell captures them sneaking out of the house with a gas can in their hand in the middle of the night.

Of course, fraudsters will always exist, and the IoT is also likely making new schemes possible. Time will tell what new categories of insurance fraud those bad actors will cook up.

There are other downsides to all of this connectivity, of course. Data privacy is a huge concern for many of us, as is the worry that our personal information may be disclosed or exposed publicly. But trying to stop the IoT is kind of like trying to put the toothpaste back in the tube.

This is why being an informed consumer and an ethical user of data gathered through the IoT is so important. If you want to learn more about the IoT, look around. Chances are, there’s probably an Alexa or a Siri or a Google Assistant nearby that can connect you to the internet right now. 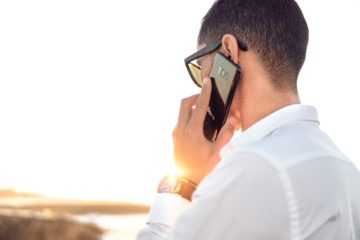 4 Tips on Transforming Your Voicemails

According to sales strategist Jill Konrath, 97 percent of all business calls go to voicemail now. Due to this, getting the best results during B2B sales phone prospecting depends heavily on your voicemail techniques. Here Read more…

If you are in sales, there is a chance you are rather predictable. And as a result of this, buyers are generally more in charge than you are. The buyers have learned to recognize these Read more… 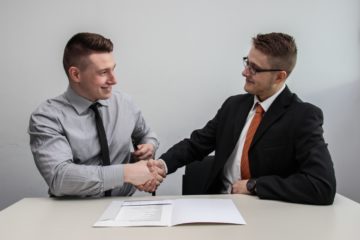 When you are part of the client-facing teams of a company, it is important to acknowledge when a customer is being difficult or becoming frustrated. Before everyone was working remotely, it was a lot easier Read more…